CaSE Podcast with David Nolen about ClojureScript and more

I had a great time interviewing David Nolen about clojurescript. I got to ask him a lot of questions about working on a compiler, what Macros are, the benefits of integrating with the Google Closure Compiler. We also had a very interesting discussion concerning how to develop the frontend of web applications. The interview was released for the CaSE Podcast.

I made a sketchnote of the podcast episode. 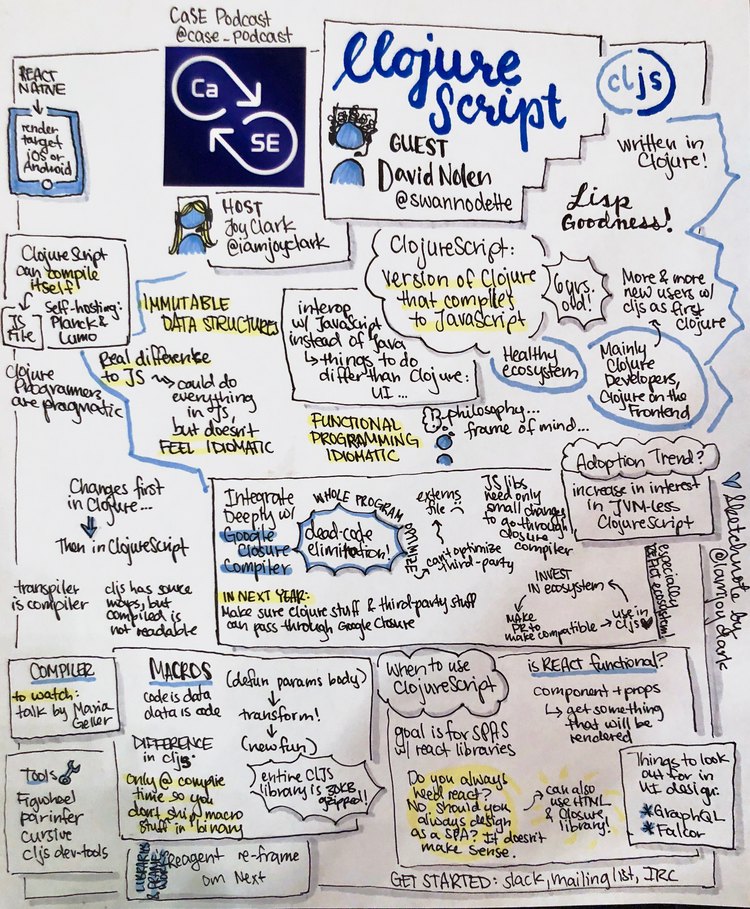 I also made some of sketchnotes in preparation for the interview. 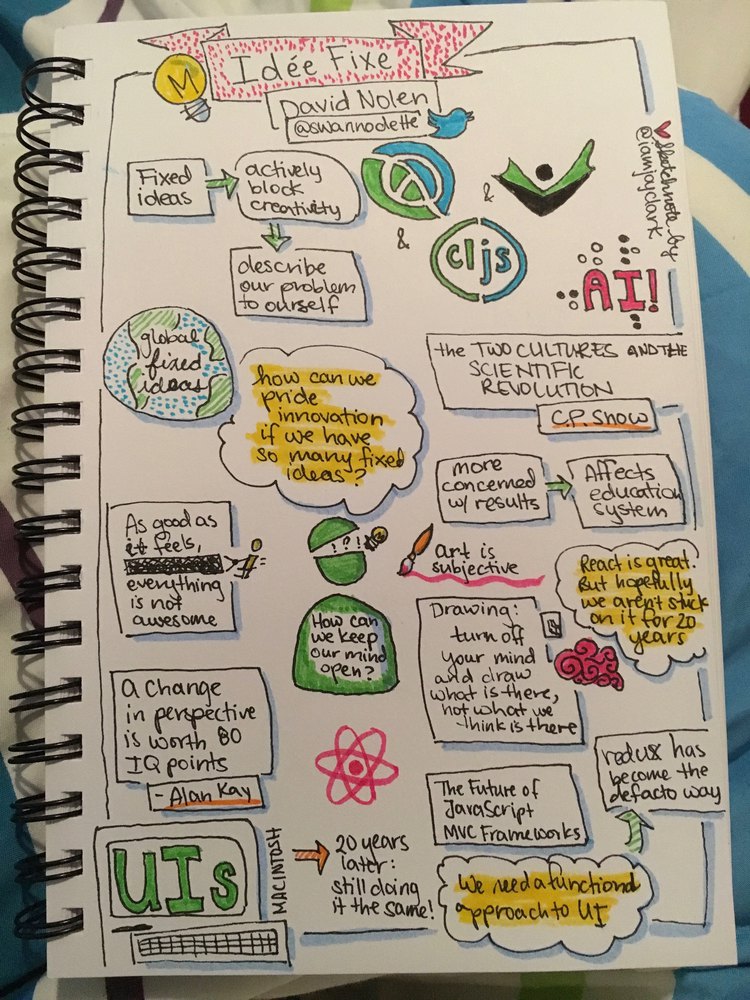 Then I also did some sketchnote for several different talks that David did on YouTube. This was more of a brain dump which includes some of the questions I ended up asking and not very structured. But I also like it because it shows that this is a valid format for sketchnotes. 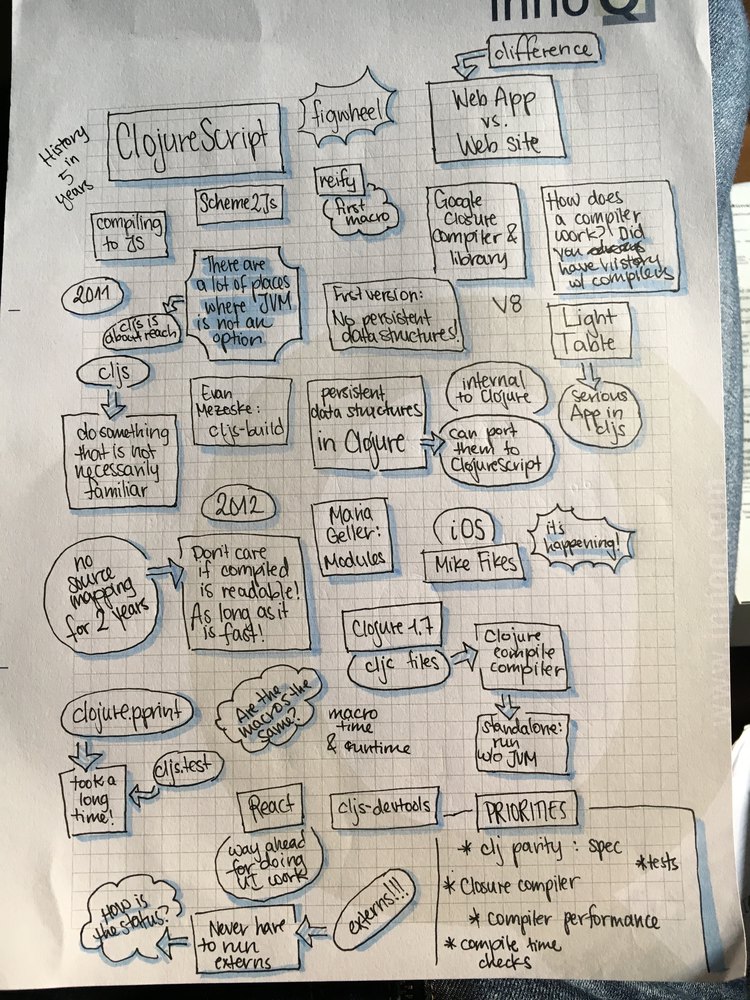 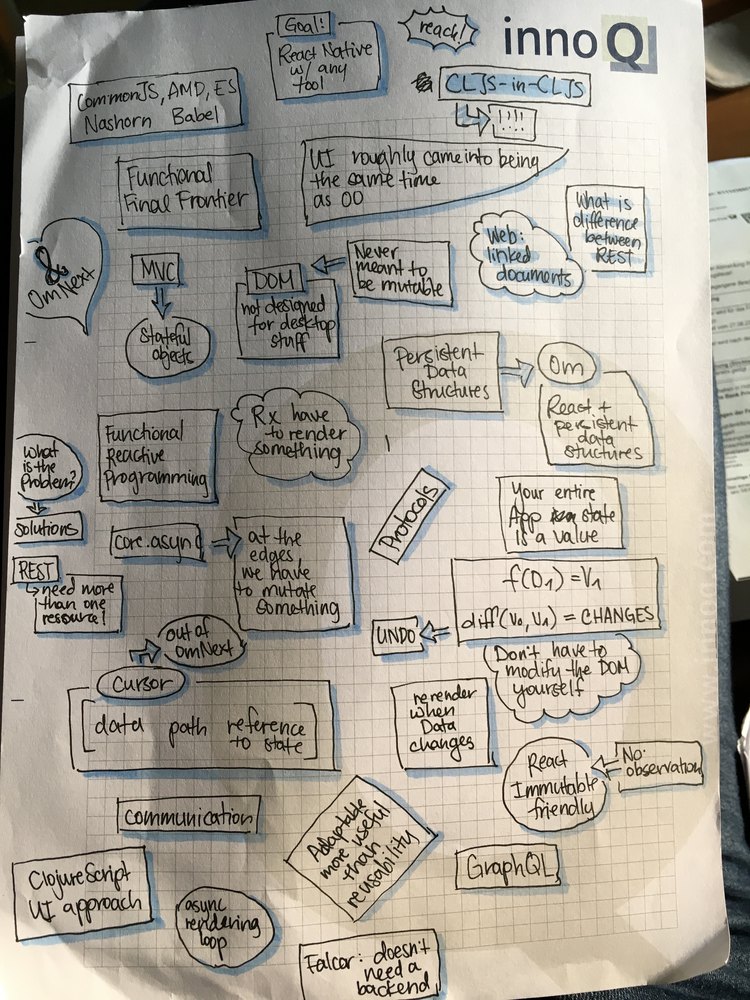